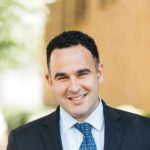 Dr. Kevin Sabet is an affiliate of the Institution for Social and Policy Studies and the Medical School at Yale University, and dubbed by NBC News as the “prodigy of drug politics,” author, consultant, and advisor to three U.S. presidential administrations, Kevin A. Sabet, Ph.D., has studied, researched, written about, and implemented drug policy for 25 years. He is currently the President and CEO of SAM (Smart Approaches to Marijuana), a non-profit organization he founded with Congressman Patrick Kennedy and David Frum. His latest book, Smokescreen: What the Marijuana Industry Doesn’t Want You to Know, is distributed by Simon & Schuster. He is the only person appointed by Republican and Democrats to work at the White House drug office,  and he is a columnist for Newsweek. He received his doctorate from Oxford University.