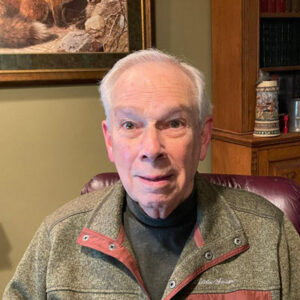 Edward A Jacobs, MD FAAP has been a pediatrician for over 50 years and is currently partially retired. He received a BA in Biology from the University of Virginia and his MD from Tufts University School of Medicine followed by internship and residencies at Baltimore City Hospital and Yale-New Haven Hospital. He is board certified by the American Board of Pediatrics and was in primary care pediatrics in Arcadia, California for 21 years after which he joined The Everett Clinic in Everett, Washington where he has practiced since 1992. While in California he was active at Children’s Hospital of Los Angeles/USC School of Medicine ultimately reaching the position of Clinical Professor of Pediatrics. While practicing with The Everett Clinic, he was also active with Seattle Children’s Hospital and the University of Washington School of Medicine as a Clinical Associate Professor of Pediatrics. Dr Jacobs is a Fellow of the American Academy of Pediatrics and has held memberships in American Society of Addiction Medicine and California Society of Addiction Medicine. He has been very active with regards to adolescent substance prevention and use in the American Academy of Pediatrics including as a founding member of the Committee on Substance Abuse at the chapter, district and national level and was Chairman of the AAP Committee on Substance Abuse from 1999-2003. Dr Jacobs has also been a consultant to the National Football League’s drug testing program from 1986 to 1991. Because of a very strong interest in the effects of marijuana use by pre-teens, teenagers and young adults, he has given many presentations on this topic at local, state, and national pediatric conferences as well as multiple community, school and service club assemblies. Furthermore, as a result of this interest, he became a founding member of his local community drug awareness program, Parent Alert of Arcadia, as a member of the board of directors as well as being a member of the advisory board of Californians for Drug Free Youth (CaDFY) and Drug Free America Foundation (DFAF).